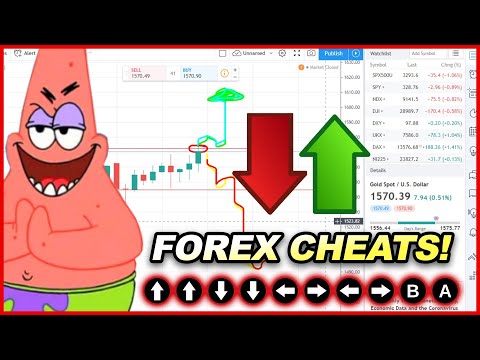 Some trading wisdom, tools and information I picked up along the way that helped me be a better trader. Maybe it can help you too.

Its a bit lengthy and I tried to condense it as much as I can. So take everything at a high level as each subject is has a lot more depth but fundamentally if you distill it down its just taking simple things and applying your experience using them to add nuance and better deploy them.
There are exceptions to everything that you will learn with experience or have already learned. If you know something extra or something to add to it to implement it better or more accurately. Then great! However, my intention of this post is just a high level overview. Trading can be far too nuanced to go into in this post and would take forever to type up every exception (not to mention the traders individual personality). If you take the general information as a starting point, hopefully you will learn the edge cases long the way and learn how to use the more effectively if you end up using them. I apologize in advice for any errors or typos.
Introduction After reflecting on my fun (cough) trading journey that was more akin to rolling around on broken glass and wondering if brown glass will help me predict market direction better than green glass. Buying a $100 indicator at 2 am when I was acting a fool, looking at it and going at and going "This is a piece of lagging crap, I miss out on a large part of the fundamental move and never using it for even one trade". All while struggling with massive over trading and bad habits because I would get bored watching a single well placed trade on fold for the day. Also, I wanted to get rich quick.
On top all of that I had a terminal Stage 4 case of FOMO on every time the price would move up and then down then back up. Just think about all those extra pips I could have trading both directions as it moves across the chart! I can just sell right when it goes down, then buy right before it goes up again. Its so easy right? Well, turns out it was not as easy as I thought and I lost a fair chunk of change and hit my head against the wall a lot until it clicked. Which is how I came up with a mixed bag of things that I now call "Trade the Trade" which helped support how I wanted to trade so I can still trade intra day price action like a rabid money without throwing away all my bananas.
Why Make This Post? - Core Topic of Discussion I wish to share a concept I came up with that helped me become a reliable trader. Support the weakness of how I like to trade. Also, explaining what I do helps reinforce my understanding of the information I share as I have to put words to it and not just use internalized processes. I came up with a method that helped me get my head straight when trading intra day.
I call it "Trade the Trade" as I am making mini trades inside of a trade setup I make from analysis on a higher timeframe that would take multiple days to unfold or longer. I will share information, principles, techniques I used and learned from others I talked to on the internet (mixed bag of folks from armatures to professionals, and random internet people) that helped me form a trading style that worked for me. Even people who are not good at trading can say something that might make it click in your head so I would absorbed all the information I could get.I will share the details of how I approach the methodology and the tools in my trading belt that I picked up by filtering through many tools, indicators strategies and witchcraft. Hopefully you read something that ends up helping you be a better trader. I learned a lot from people who make community posts so I wanted to give back now that I got my ducks in a row.
General Trading Advice If your struggling finding your own trading style, fixing weakness's in it, getting started, being reliably profitable or have no framework to build yourself higher with, hopefully you can use the below advice to help provide some direction or clarity to moving forward to be a better trader.


Trade the Trade - The Methodology

So you wanna trade Forex? - tips and tricks inside

How to get started in Forex - A comprehensive guide for newbies

Digital marketer interested in partening up with Forex business?

I'm not sure if I'm allowed to do this kind of post in this sub, but I've found no better place to do it, so here it goes:
I launched a website 5 years ago, that sells applications I've coded for popular Forex trading platforms (Metatrader and NinjaTrader). I've had moderate success so far that allowed me to live off this business alone.
​
Who am I?
I came to this market due to my passion for trading, and my experience in coding. My background is in Science (physics and statistics) and programming. I consider my expertise to be in coding, data science (data analysis, machine learning, models, predictions, etc...) and I also consider myself to be a creative and very pragmatic person, with a good market intuition.
​
Who am I looking for?
Since I've started this business, I've always felt that marketing was its weakest point (virtually no marketing efforts were done...), and after learning the basics of it and realizing how much it could help the business grow, I've committed to start taking it seriously. Of course, I could just try to apply the basics - and probably screw it all up - or I could actually look for someone who is experienced in digital marketing to do a proper job. Hiring a freelancer is not my first option, as this is a central area of the business that needs regular work from someone who has some stake in the business.
So I'm looking for an experienced digital marketer, with an interest in financial trading.
​
What do I need from a digital marketer?
- Copywriting
- Building sales funnels
- Email marketing
- SEO efforts
- Possibly creating/managing ads in the future
​
Here's how the business is right now:
- Constant revenues, leads and mostly organic search visits
- Ranking on first page for several important keywords directly related to our products
- 3 paid applications
- 5+ free applications
- 3 more paid applications ready to be launched, each one with a free version to be used as a lead-magnet
- Plans to launch a subscription service for data/charts that would target daily/weekly traders
- Plan to launch an innovative product with machine learning as its backbone to help manual traders optimize their own trading in an effortless way
- A key partnership on a very large non-english market
​
I want to grow this business as fast as possible, and it's definitely doable in a short time span with a proper marketing strategy. Leave your details here or PM me directly if you're interested.

Strategy - Why you should backtest your systems

Hello world. Long time lurker here. Wanna give a huge tip to all newbies out there thats thinking about strategies. (like "Buy when price crosses above moving average 10" or whatever)
​
If you think you have a strategy (a set of rules) then theres no excuse not to backtest the rules!
Lets say you wanna "Buy when moving average[10] crosses over moving average[20]" or whatever numbers or indicators or rules youre thinking about.
All you gotta do is sign up with a broker (demo account!! free) that provides you with a software that allows you to backtest! The coding is 9/10 times super duper easy to learn and use. Just google for it and you should find multiple brokers that can provide different types of software to run backtests.
​
"Cant you just backtest manually looking at chart?" - Well, you can! But this takes a long long time and you will not see exact results. Using a software you can test your strategy on all the different timeframes, multiple years back in time, on all the currency pairs you want to test it on.
Heres an example, its my own algorithm (algorithm just means "set of rules") that i have created for USD/JPY, backtested from 2004 -> 2019 thats 15 years of backtesting! My system seemed profitable and robust so i decided to run this system live and its actually in a trade right now. So far its been profitable and good to me.
​
For all you traders that do not rely on fixed systems/set of rules: Backtesting is very hard because if you rely on your own drawings and support/resistance lines, then backtesting is biased before you even begin.. unless your testing in "real time" which of course is much more valid. Non the less you should just scroll "back in time" on chart and start "trading" with "paper money" and just move 1 and 1 candle forward until you either see that your system is working or not.
​
https://imgur.com/a/p8aVdIT
​
Edit: Guess i never answered "Why" you should backtest. I started out trading stocks, then i realized "patterns" was a thing in every chart on all timeframes and i started to look at forex cus markets are plentiful and open 24/5. After a few hit and missed and busted tiny accounts i realized i needed to test my theories and strategies. Thats when i discovered that coming up with a strategy that actually works, year after year on multiple pairs, is not only hard, its realy fucking hard! And thats also when i realized how flawed my "plans to get rich in trading" really was.. When your just charting and drawing lines and trading on them, you dont really have a plan, and without a firm strict plan (at least for me) the pitfalls are many, and devastating. So i started looking at how to actually make profitable strategies, reading books and listening to podcasts, and today im running multiple strategies in multiple markets on multiple timeframes. So far ive been profitable. definitly not gonna quit my dayjob tomorrow, just so thats clear.. trading is risky and having a dayjob and monthly income is definitly something im gonna continue with lol.

Just thoughts after 3 years of Forex